It’s about time. Some would say“ it’s about time VSE came out with a MARD!” And they’d be right. We’ve been plugging along for the past several years working on side projects, moving the business, training staff, and all the other day to day things that can hamper small business. But the MARD (Main Assisted Reserve Deployment) was always in the background being brain­stormed, tested, and refined.

VSE’s history with MARDs actually predates VSE itself by a bit more than ten years when, as a teenager who was too young to jump, but was heavily involved in packing static line student rigs, I wondered why a reserve freebag couldn’t be static lined from a malfunctioned main parachute like the student canopies were static lined from the jump plane. It was obvious to me that this would deploy a reserve in the shortest possible distance. When I mentioned this idea to my uncle Geoff at the time, he said “that’s interesting, but what do you do if you have a total malfunction on the main?” And that’s where the magic lies in a MARD.

In 1992 I met Mark Hewitt, who had solved the total malfunction issue with his Sorcerer BASE rig. I was immediately intrigued and got my first job in the skydiving/parachute manufacturing industry building Sorcerers for Mark, and his wife at the time, Marta. I did my first intentional MARD cutaway with a Sorcerer at Bridge Day ’92.

My mind was always busy brainstorming ways to adapt this technology to skydiving harness/container systems. I was also able to see prototype systems from Eric Fradet and Bill Booth as early as 1993. My systems were always more mechanical in nature, similar to the Sorcerer, where the method of deployment (by MARD or by reserve pilot chute) was made early in the deployment process and wouldn’t change unless there was a structural failure in the system. This is unlike any other popular MARD system that I’m aware of that’s available today.

I’ve categorized MARD systems as either “aerodynamic” or “mechanical” in nature. Aerodynamic MARDs rely on a balance of forces between the main canopy, reserve pilot chute, and the weight of the packed reserve to determine how the reserve parachute gets deployed. Whereas a mechanical MARD relies on a set or sequence of actions to determine how the reserve parachute gets deployed. Most MARDs on the market are of the aerodynamic type, I think due to a belief that the MARD needs to be able to “change its mind” mid deployment. 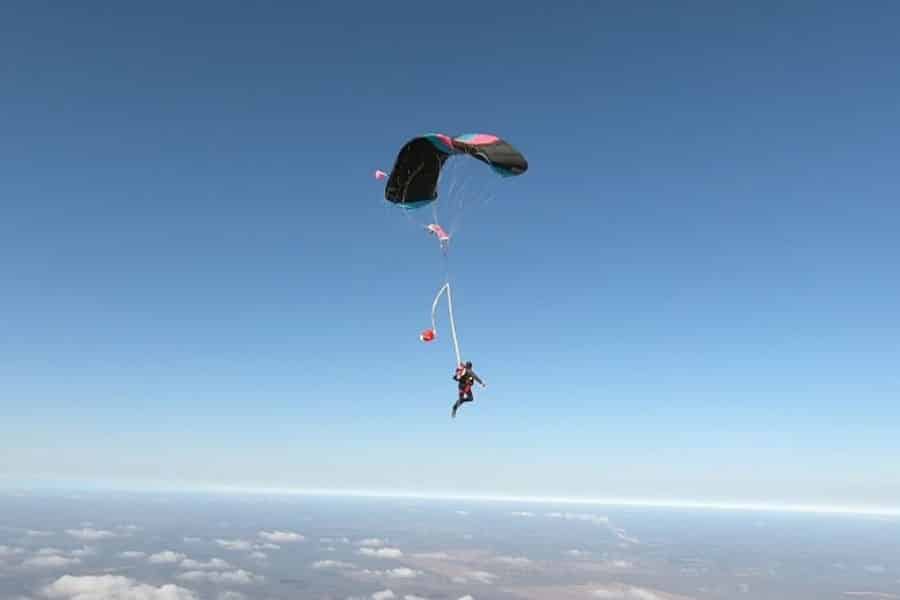 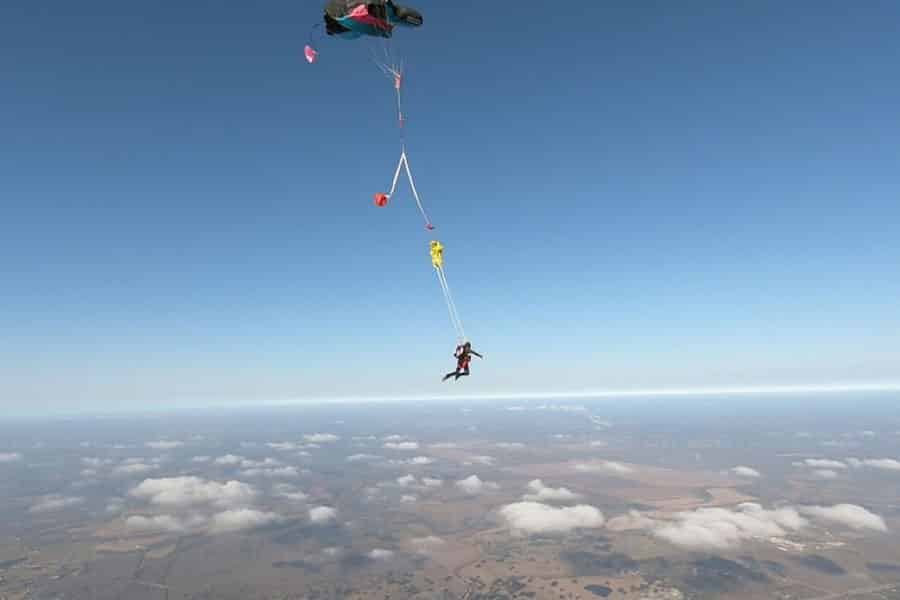 One of the pitfalls of this train of thought is that there are so many variables at play in skydiving malfunctions that it’s really impossible to test a statistically significant amount of malfunctions to be able to determine with any certainty that an aerodynamic MARD will actually function as a MARD as expected during a partial malfunction. Consider the variables at play here: airspeed, body position, roll/spin rate on all three axes, G force, pilot chute drag, weight of the reserve parachute, main wing loading, and the type of malfunction the main parachute has. It’s mind boggling!

One of the benefits of the long gestation period for the VSE MARD is that we’ve been able to observe and get feedback about other MARDs, and a recurring theme from jumpers that have had multiple cutaways is that the reliability is all over the board, with one tandem instructor sharing with us that out of 7 cutaways from partial malfunctions, their MARD only functioned as a MARD a SINGLE TIME – the rest were premature releases where the reserve deployed as if a standard RSL had been used.

This is not acceptable to us, and it shouldn’t be acceptable to any skydiver that has a MARD as a “must have” on their harness/container shopping list! Fortunately for the producers of these MARDs, individual malfunctions are generally rare, and having multiples with the same jumper and gear are even more rare, so it hasn’t been presented as a “problem”, but imagine if a component in your main parachute system failed to work properly even 10% of the time – it would likely get replaced in short order! 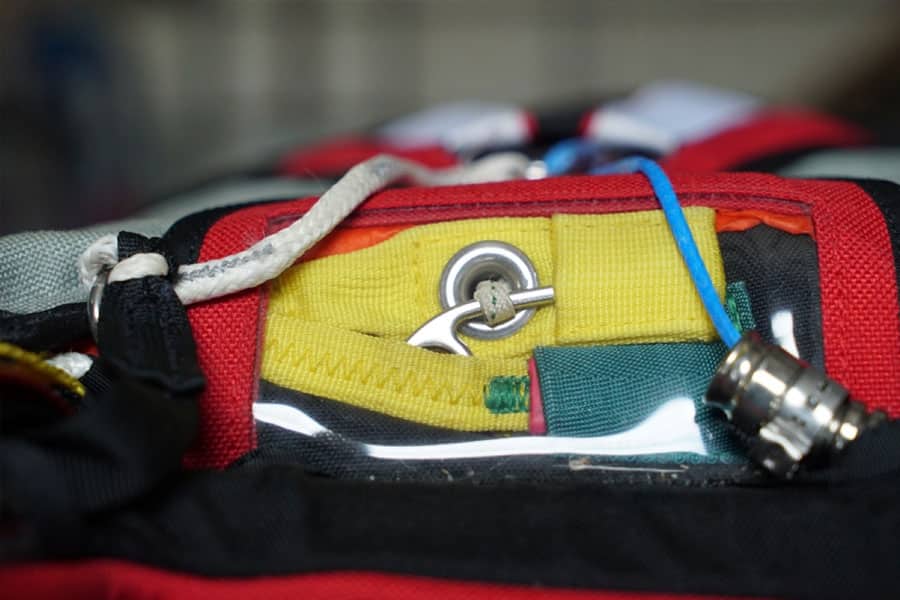 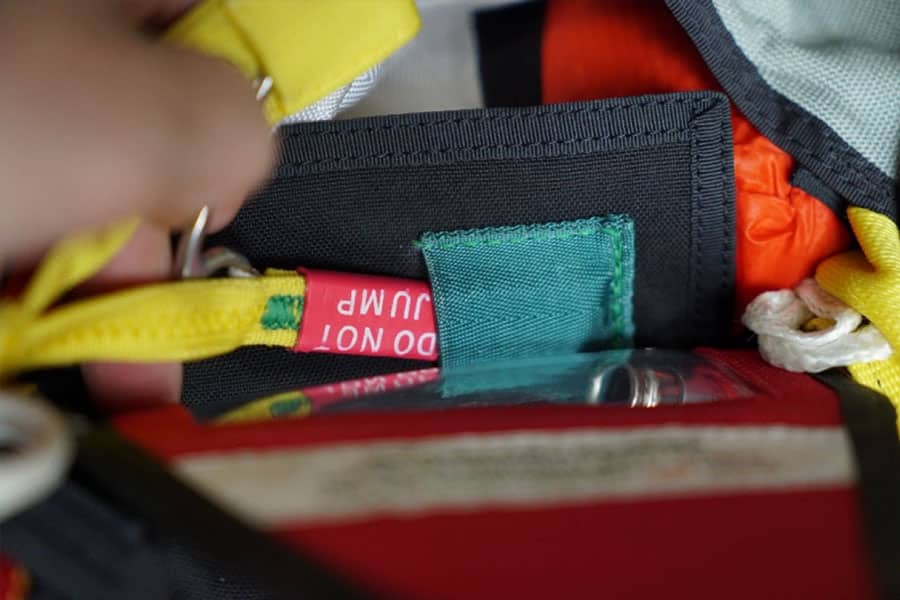 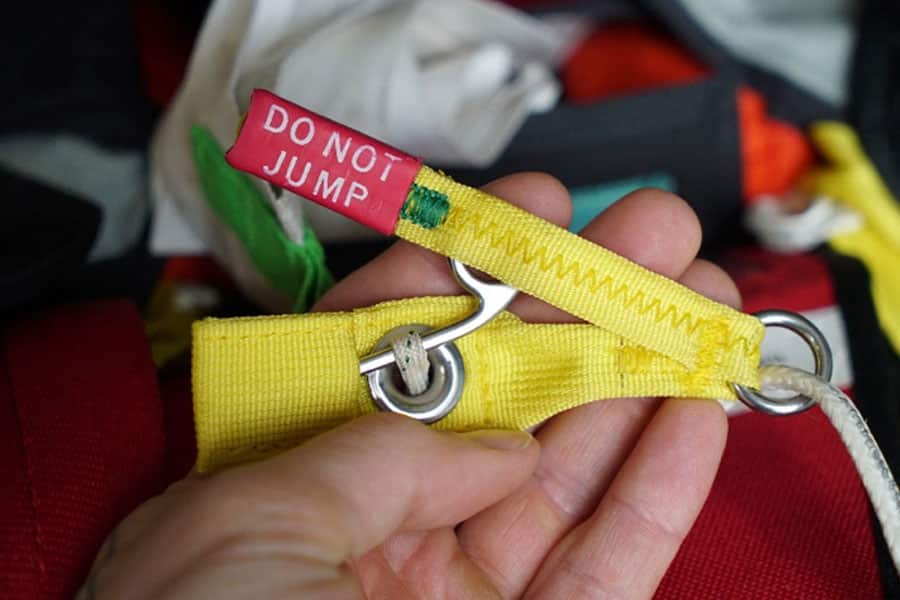 We wanted to create a MARD that we could say with confidence WILL work when it’s called upon.

With our mechanical MARD, we’ve changed the thinking process, and the point at which the “decision” is made to deploy via MARD or reserve pilot chute. We added a “trigger tab” that securely locks the MARD to the reserve freebag bridle when it is extracted during an RSL/MARD deployment. This also allows us to have a VERY low release force from the MARD in the event of a total malfunction or low speed reserve deployment, unlike most aerodynamic MARDs that require a sacrificial tack of thread to help them stay attached at higher speeds, but may prevent the reserve pilot chute from doing its job at low speeds. Because of this, we feel that we have the most “transparent” MARD available when considering how it integrates with commonly taught emergency procedures (meaning it acts more like a standard RSL when considering EP’s).

During a partial malfunction/RSL deployment, the RSL pulls the reserve pin, and .17 seconds later (at 1 G, .10 seconds at 3 Gs) extracts both legs of the MARD from the sub flap, locking the RSL to the reserve bridle and preventing a premature release during deployment. 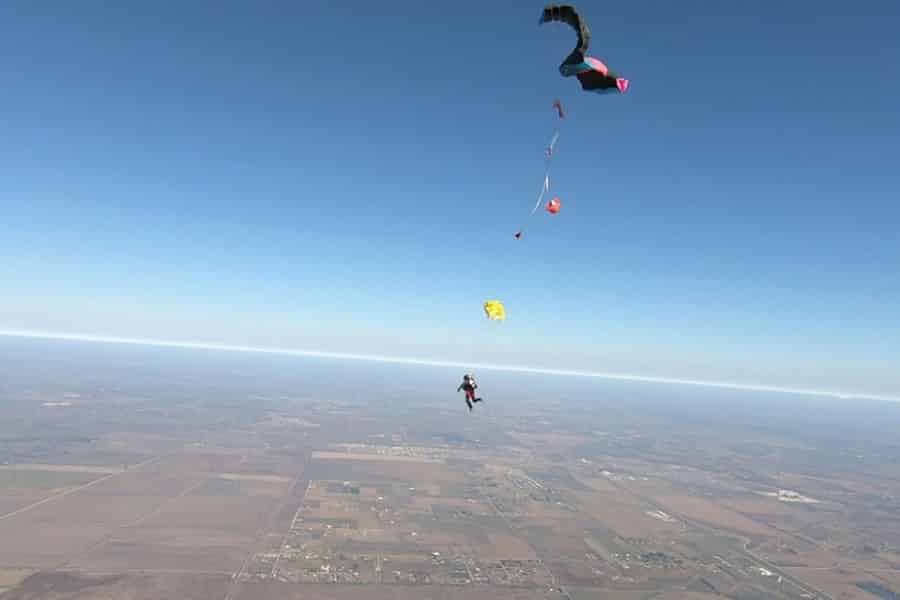 In our testing, we found that some main malfunctions didn’t create enough drag to separate the main risers after the cutaway handle was pulled, let alone pull the reserve pin if you had the presence of mind to manually separate your risers. So, you should ALWAYS pull both the cutaway AND reserve handles (like we’re taught), even if you have a MARD – ANY MARD! When you pull your reserve handle, the reserve pilot chute will launch, and the VSE MARD will release when the bridle puts less than an ounce of force on the MARD and you’ll get a standard reserve deployment. Compare this to release forces measured in POUNDS for other systems. With this type of malfunction, the MARD disconnects from the reserve bridle before it ever leaves the reserve container. If the malfunctioned main parachute has enough drag to separate the risers and pull the reserve pin, it has enough drag to deploy the reserve canopy, but the reserve pilot chute can always take over, and the MARD does NOT have to disconnect in this scenario, contrary to popular belief.

When Luke Aikins approached me in 2015 years ago describing his Stride Heaven Sent jump, and how he was able to get a USPA BSR waiver allowing him to deploy his main at 1000 feet at TERMINAL VELOCITY as long as he had a MARD equipped harness/container, there were no other MARDs that I felt comfortable putting in his Infinity’s. A premature MARD release at 2000 feet really is just a nuisance. A premature MARD release at 500 feet can be fatal. We take safety seriously at VSE, but when the customer is a relative, and your whole family jumps gear you make, the stakes are raised a little! I would only put a MARD on Luke’s training rigs that I KNEW would work as intended if he ever needed to use them! This was born out during our extensive testing program for our MARD which had a 100% capture rate with no premature releases.

The videographer for our testing program Nicholas Lott, had this to say

“As the dedicated videographer for this project, I had a front row seat to every single malfunction. I watched the installation of the MARD and understood how it was designed to work, and fully expected to see it function properly on all of the test jumps. Even with that expectation in mind, I was blown away by how well it performed. The reserve deployments on the partial malfunctions were extremely fast. The releases for the total malfunctions were clean and smooth. The MARD captured on every single cutaway and we always found the main parachute and reserve pilot chute together. We had the added confidence brought on by the MARD inspection window to see that the riggers had done their jobs properly. By the end of the project, we were so comfortable with the function of the system that the test jumps felt like fun jumps. We may or may not have been singing duets in freefall, under canopy, and during actual cutaways (thanks to the radio comms inside our helmets).”

One of the philosophies at VSE has always been that safety is not optional – we do not charge our customers for safety features, every Infinity that we’ve built has been shipped with all the safety features included, standard. We’ve left the final configuration up to the owner of the rig. The same will be true with the MARD. Every Infinity will be built and shipped with the MARD components. The owners of the rig will be able to configure it however they want – MARD setup, just an RSL, or good old-fashioned ripcord only deployment of the reserve.

So, wait – does that mean there’s no charge for the VSE MARD? Yes, that’s EXACTLY what that means! Safety is not an option at VSE, and neither is the MARD. Because when it comes right down to it, a MARD is ALL about time. 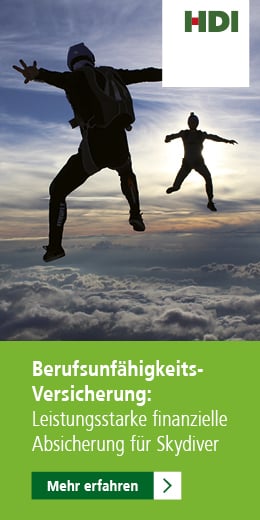